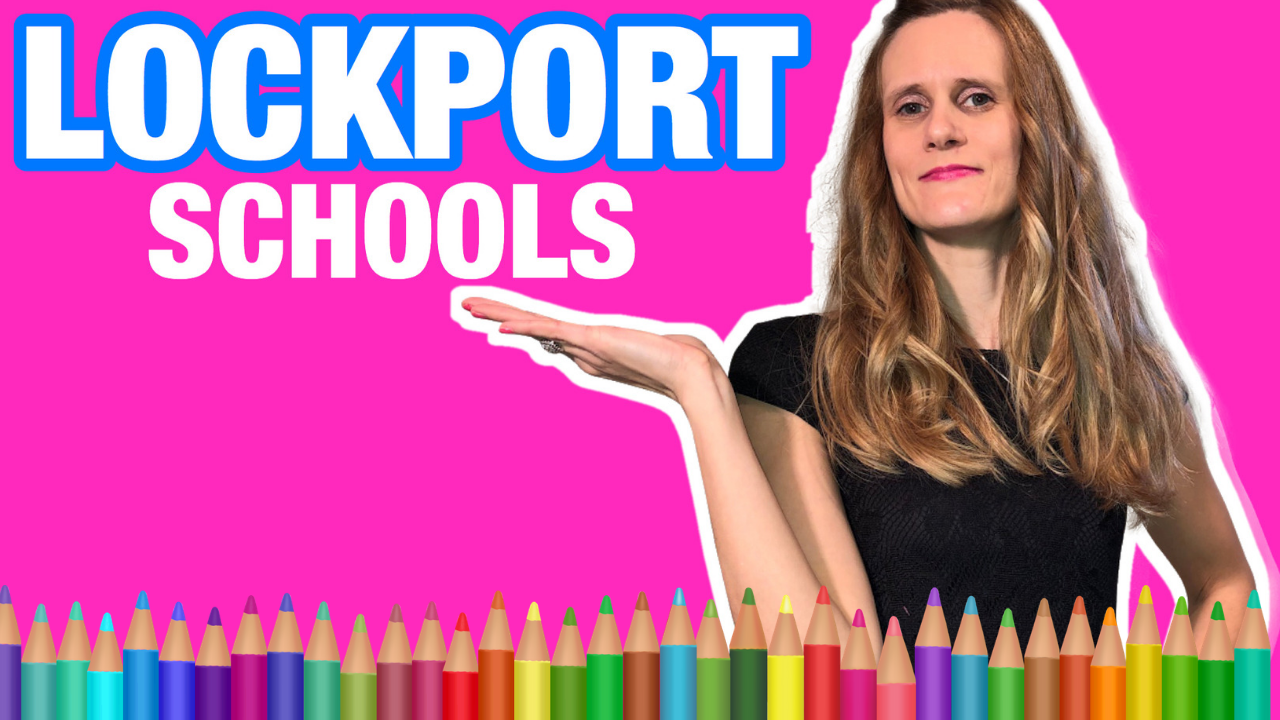 Today I’m talking about Lockport school district and Lockport Illinois schools. If this is your first time visiting my website my name is Kerri Jonikas and I am a Realtor in Chicago’s southwest suburbs. Please consider subscribing to my blog for all things real estate, to hopefully make you a market expert, as well as fun things to do in the local area.  I post new blog posts every Monday and I wouldn’t want you to miss out. In the description down below I will

The first school district I want to talk about is district 89, that is the Fairmont School District That is one school that houses pre-k through eighth grade, totaling about three hundred and ten students. Great schools.org has rated them a two out of ten. It is located at 735 Green Garden Place in Lockport.

The next School District I want to talk about is district 90. That is the Taft school district located at 1605 Washington Street in Lockport. That’s  Kindergarten through 8th grade with roughly three hundred and fifty students in about thirty to thirty-five students per class. Greatschools.org has rated them a five out of ten.

The next district is district 91. District 91 has two schools. One is the elementary and then one is the junior high. The elementary is Milne Elementary and that houses about 300 students for kindergarten through third grade. Greatschools.org has rated Milne Grove Elementary five out of ten. Then they will move on to Kelvin Grove middle school which houses about three hundred and seventy students. Kelvin Grove is for grades four through eighth. Greatschools.org has rated  Kelvin Grove a six out of ten.

The next school is Reed school and that’s for grades 2nd and 3rd. That school has about three hundred and four students. Greatschools.org has rated this school a nine out of ten.

The next school is Ludwig school. That’s for grades fourth and fifth. Ludwig school has approximately 387 students. Greatschools.org has rated them a seven out of ten. Oak Prairie Junior High is for grades 6th, 7th, and 8th. Oak Prairie Junior High has about 573 students. Greatschools.org has rated them an 8 out of 10.

The last district that I want to tell you about is the high school district. Now all of these schools feed into the high school which is district 205. The high school has two separate campuses.
The central campus, which was built in 1910, has been providing education since. The central building is where the Freshman will go to school. The East Campus is for grades 10 through 12. There’s approximately 3,600 students that attend Lockport High School. Great schools.org has rated them a nine out of ten. I hope this information was helpful for you. If you would like further information about the local schools you can view information on illinoisreportcard.com or greatschools.org

Please make sure that if you are looking to move to a home for a specific school or district that you call that district YOURSELF to confirm that it is in fact in district and there are no current plans to change boundaries of the schools in the near future. There is always that possibility but it’s good to confirm with the district themselves as that’s where the changes will be made.

HAVE SOMETHING TO SAY? PLEASE LEAVE A REPLY! Cancel reply

This is an example widget to show how the Right Sidebar looks by default. You can add custom widgets from the widgets screen in the admin. If custom widgets are added then this will be replaced by those widgets.